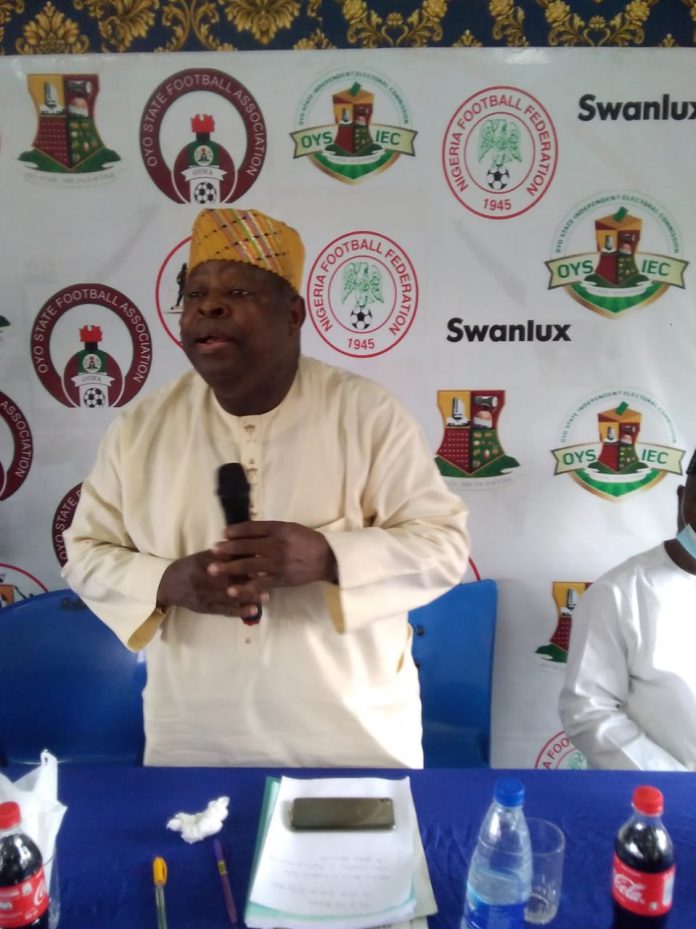 A former Secretary General of the Nigeria Football Federation, Dr Bolaji Ojo Oba has added his voice to those calling for reward of players and officials of Shooting Stars Sports Club (3SC), who won double titles twenty three years ago.

The 3SC set under the Chairmanship of Late Elder Bode Oyewole won the domestic league title as well as the West African Football Union Cup in 1998 and were promised gifts of lands and cash rewards by the then Military Governor in Oyo State, Com-Pol Amen Oyakhire. But the promise is yet to be fulfilled, twenty three years after.

Dr Ojo Oba, while delivering a lecture at a Pre Season Seminar ahead of 2021/22 soccer season of the Ibadan Football Association (IFA) on Thursday, enjoined the Oyo State Governor, Engineer Seyi Makinde to, as a matter of moral duty, kindly reward the players and officials of 3SC who brought honours to the state and nation in 1998.

“I think it’s not out of place for Governor Makinde to reward the 3SC set of 1998 who did the state and the nation proud by winning double titles twenty three years ago’, the former Oyo State Commissioner said.

The multi-lingual sports administrator had earlier congratulated the present set of 3SC over their promotion to the elite division of Nigerian league, the Nigeria Professional Football League, and called for their motivation.

Speaking on the topic: ‘Effective Football Administration in Nigeria’, at the seminar, the FIFA instructor noted that sound administration and proper management are key to the development of round leather game in the country.

He then praised the Chairman of the Ibadan Football Association, Barrister Rotimi Alli for reviving and turning around the hitherto moribund association.

Earlier in his opening speech at the seminar, the IFA Chairman, Barrister Rotimi Alli thanked Governor Seyi Makinde for including Olubadan Stadium among stadia being renovated across the state.

“I’m grateful to Governor Seyi Makinde for renovating the pitch and mainbowl of Olubadan stadium. I didn’t even lobby for this, the Governor just used his initiative and good office to renovate the stadium”, Barrister Alli said.

The IFA Chairman added that his executive committee had on its own given the stadium a facelift by renovating all the rooms and offices in the stadium.

Benzema To Rest For World Cup