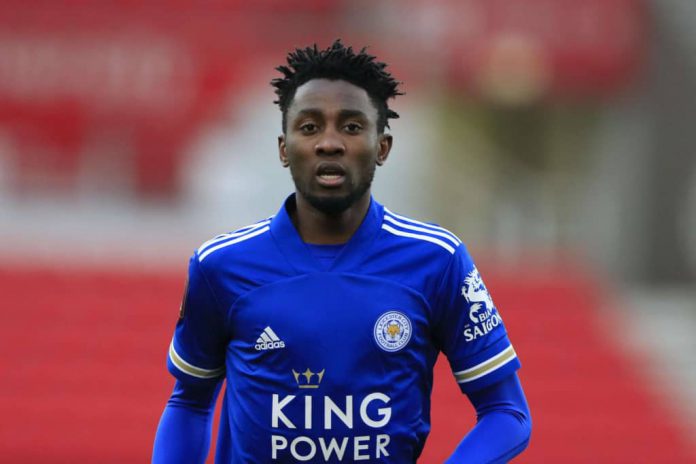 The Leicester City midfielder was among the key players for the Foxes who ended their 2021-22 Premier League campaign in the eighth position and he was also instrumental for their semi-final run in the Europa Conference League where they lost to eventual winners AS Roma on a 2-1 on aggregate.

Ten Hag had made the midfield his number one priority this summer, as he seeks to rebuild the squad ahead of his first season at Old Trafford.

The Red Devils have been linked with a move for Barcelona’s midfielder Frenkie De Jong, although the midfielder has recently spoken about his desire to succeed in Spain.

With De Jong’s stance made clear, Scholes has urged United to make a move for City’s defensive midfielder Ndidi.

Ndidi played a total of 2585 minutes for Leicester City last season over 32 matches, averaging 80 minutes per game for the Foxes.

“Leicester’s Wilfred Ndidi still very much fits the bill of what Manchester United are looking for. With just two years remaining on his contract at Leicester, it is likely to cost significantly less than the eye-watering sums associated with him in summer past.

“And while he missed the last two months of the season with a knee injury, he remains one of the best defensive midfielders in the game when fit, averaging an astounding 6.5 tackles and interceptions each match and ranking in the top seven per cent of midfielders for aerial duels, too,” Scholes told the Football Daily YouTube channel.

Ndidi has been out with a knee problem since March and missed the Foxes Europa Conference League run to the semi-final.

Since he moved to the Foxes from KRC Genk in 2017, Ndidi has been constantly linked with United and Real Madrid.