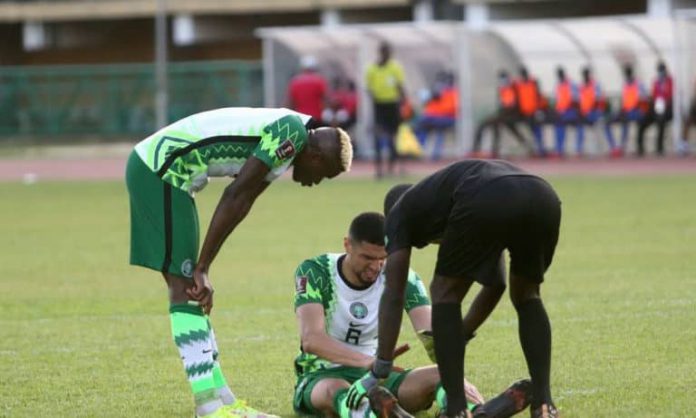 Nigeria has been handed a boost ahead of the upcoming 2022 World Cup play off matches with regional rivals Ghana with central defender Leon Balogun playing a full game for only the second time this calendar year in Glasgow Rangers’ 1-0 win over St Johnstone.

Joe Aribo and Calvin Bassey were also in action for the Scottish Premiership champions in their matchday 29 fixture at McDiarmid Park.

Midfielder Glen Camara slotted home from close range for what proved to be the match winner with 87 minutes to go.

Joe Aribo was presented with Rangers’ first goal scoring chance in the game as his second minute header from a James Tavernier’s cross missed target.

Bassey and Balogun put in some impressive defensive performances in the first half but it came at a cost for Bassey who was yellow carded in the 31st minute of play for a bad foul – ten minutes after his shot from outside the box went narrowly wide.

Aribo continued to prove a threat to St Johnstone in the game and with 52 minutes on the clock produced a stunning left-footed shot which was however gathered by the opposition goalkeeper.

Calamity in Cairo: The Earthquake That Shook Egypt 30 Years Ago