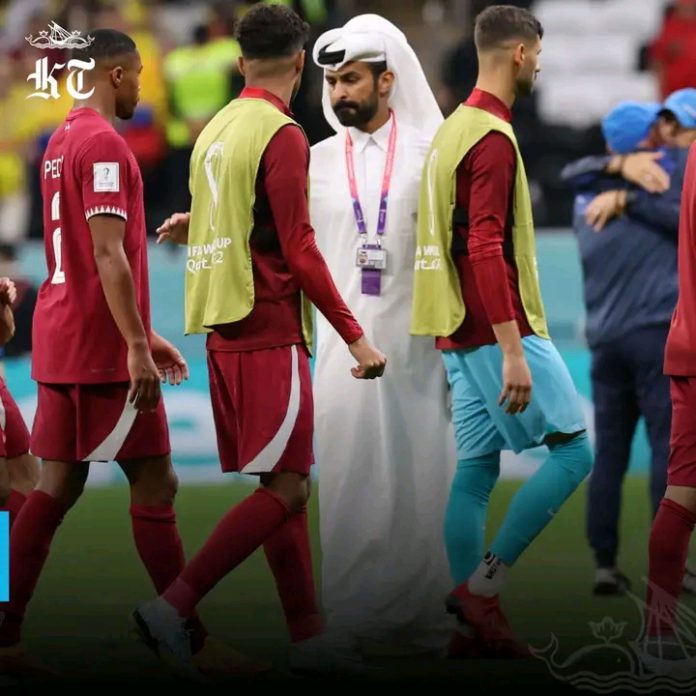 The 2022 World Cup finally got under way on Sunday as Qatar hosted Ecuador.

However, while Qatar fans had a carnival in the stands and never stopped jumping and cheering on their team, their players on the pitch struggled badly.

In their first ever match in a World Cup, Qatar fell to a 2-0 defeat to the South American side.Veteran Ecuador striker Enner Valencia scored both goals in the first half.

Having earlier had a goal contentiously disallowed, he opened the scoring with a penalty.

The Fenerbahce attacker then doubled the lead with a header from Angelo Preciado’s cross.

It was a totally dominant performance from Ecuador, who should have scored more goals before they appeared to take their foot off the gas in the second half.

Qatar looked to be totally out of their depth at this level and struggled with even the most basic of tasks such as first touches and simple short passes.

The hosts only had one touch in the box in the entire first half and only three all game.

Qatar’s poor performance led to them being mocked by fans on social media.

The question was asked by many whether this may be the worst team in World Cup history, ever since the tournament began 92 years ago in 1930.

Their goalkeeper also came in for some heavy criticism after an error-filled opening to the game in which he missed and misjudged crosses and catches.