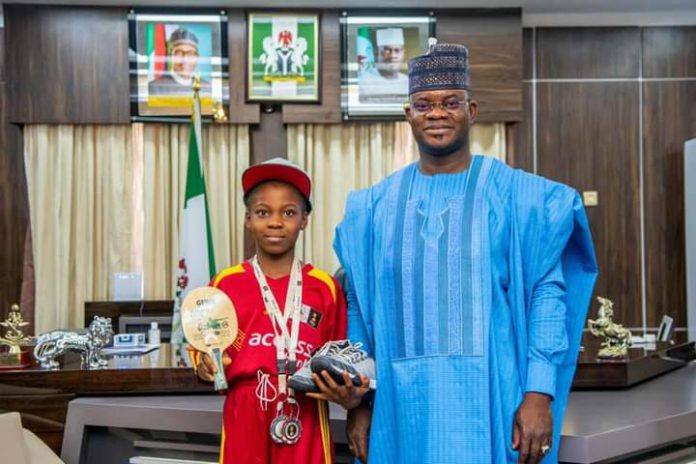 The NFF President and FIFA Council member Pinnick Amaju strongly believe that there are still many Didier Drogbas, Samuel Etos and Kanu Nwakwos in Africa.

“I strongly believe that bulk of talents still exist in African and that is the more reason why this administration under the watchful eyes of Patrice Motsepe wants to turn around Infrastructure, talent discovery and as well putting the face of football in Africa on a global map again.
Work are ongoing as I speak with you presently to discover more talents in Africa and that is the more reason why Patrice Motsepe in the conferation of African football meeting the board decided that infrastructure will be built across countries in Africa, monitor talents, ensure talents grows, improve better welfare package for African teams, African countries get motivated via their Federations and in line more Nwakwos, more Etos and more Drogbas will begin to be discovered again.”

“Record has proven that Africa has an enormous talents and if you look all over Europe, the highest goal scorer in the Belgium league is a Nigeria with an historic record; he has scored the number of goals that no one has scored in the history of Belgium league, the highest goal scorer of the French league Mpape even if he plays for French National team agreed, but he’s an African player with an African blood.”

“Look at the exploit of Sallah at Liverpool, Sergio Mane, don’t forget Aubemeyang and so on and so forth we can keep naming them.”

“If we can project our league in Africa then we can begin to reap more fruit of better players and perhaps get to Semi final of the world cup for the first time in history of Africa teams. With better preparation and infrastructure in Africa.”

The latest on De Gea vs Henderson ahead of Man United’s...