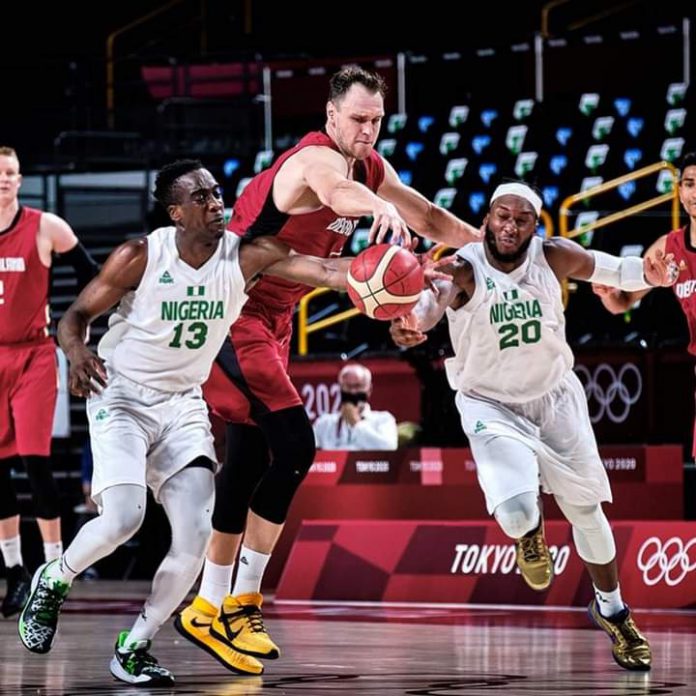 D’Tigers will have no choice but to move on from their loss to Australia and Germany by preparing to beat Italy and hope Australia defeat Germany to clinch the quarterfinal ticket.

Although a top-two finish now appears dim for Nigeria, all hopes of a quarterfinal ticket aren’t entirely lost for the African champions, but they would need to beat Italy in their final group match and hope other results go their way to either finish second in Group B or as one of the best third-placed teams to secure a berth in the draws for the quarterfinals.

That is now the reality for a team that showed so much promise and gave so much hope after beating the United States and Argentina in the build-up to the Olympic Games.

Nigeria’s D’Tigers lost for the second time in a row in the Olympic men’s basketball tournament, going down to Germany 99-92 following a fourth-quarter collapse that made fruitless Jordan Nwora’s game-leading 33-point performance.

It was an incredible display from the Nigerian No 33 as he nailed seven 3-pointers to go with his seven rebounds. Miye Oni, with 15 points, was the only other D’Tigers player to reach double figures.

Both sides were tied at 74 points apiece going into the final quarter after Germany’s Niels Giffey nailed a 3-pointer at the buzzer to tie the score. But in a game in which both sides were desperate for a win after losing their respective openers, it was the Germans who carried on with the momentum from the third quarter as they raced to a 95-81 lead.

But there appeared to be some hope on the horizon when, with 2:10 left on the clock, Miye Oni nailed a 3-pointer to cut the deficit.