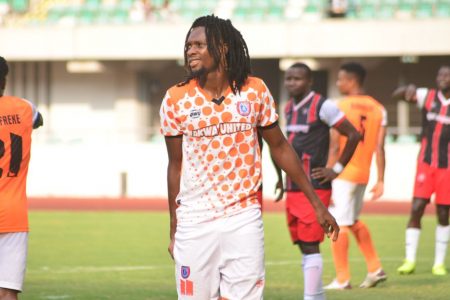 Ahead of 2021/2022 South Africa premier league season, Nigeria’s Super Eagles defender Olisah Ndah is presently undergoing a trial with one of the top clubs in the country.

Ndah was instrumental in the just concluded Nigeria professional football league season as Akwa United emerged winner for the first time in the club history.

The reports coming from South Africa, suggests that Ndah is presently undergoing a trial with Orlando Pirates to secure a deal ahead of the new season.

The Soweto giant started last season on a good note only to falter later and the club hierarchy is working assiduously to strengthen the team toward next season.

Ndah was outstanding in an international friendly match between Nigeria’s Super Eagles home-based team and Mexico played in the United States despite losing scandalously.

Has diplomacy on Ukraine reached a dead end?

‘How Delta State Will Host The Best Games In History’ –...