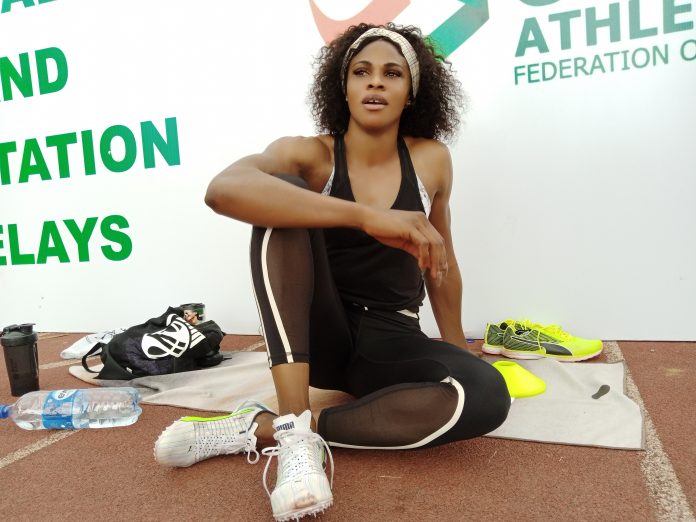 Nigeria’s Olympics medallist Ese Brume said Team Nigeria athletes were crying the day they heard the shock news that the nation’s medal hopeful at the Tokyo Olympic games, Blessing Okagbare has been suspended by the Athletic Integrity Unity (AIU) for allegedly enhancing her system with human growth hormone.

Speaking shortly after the contingent touched down in Abuja, the soft speaking long jumper stated that the whole track and field team were crying because Blessing Okagbare inspires a lot of them.

“We cried you know, at one point we all cried it was sad and it was discouraging”.

She stated further that the news of Okagbare’s expulsion from the Olympics games affected her psychologically at some point.

“My coach helped worked on my mental health at that point because I was mentally unstable having to lose a friend and a leader to doping suspension”.

Brume said she rediscovered herself when she realized that she was carrying a burden of a nation yearning for success on her shoulders.