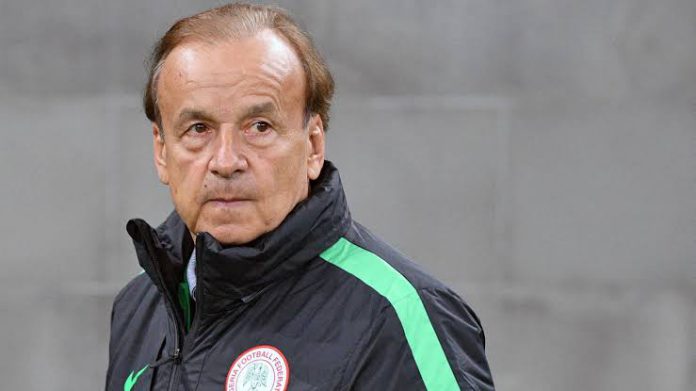 The Franco-German tactician said the invitation is to allow the home-based players get opportunity to showcase their talents and possibly get a permanent place in the team. He added
that the foreign based players will be busy playing pre-season matches with their clubs when the game will hold.

He said, “The friendly match against Mexico is for the home based players because our Super Eagles players are not free to come they are with their club doing preseason and cannot come, so this team are best players from local scene, some of them are already in our A team, goalkeeper from Enyimba and winger from the same club, Ezenwa is already with us.

“That’s a team for CHAN and is a good preparations for them, it will be difficult to ignore Mexico because they are a wonderful team, I have to go there and see if I can get new player for the Super Eagles.

“The game against Mexico will not count for FIFA ranking, it’s not our A team, friendly in the Summer do not count for FIFA Ranking, so, for me as a coach to win is vital in friendly game but trying and testing new players, change the system and tactical style.

“This is what I want to do as a coach and not go there for result, we want to progress and in this year matches is not the result that’s important.

“I think they have a chance, I’m not the coach of the CHAN I’m only an adviser to the team, I call in Austin Eguavoen and two other coaches from Nigeria, it’s actually the technical director of the federation that selected 25 players with the help of Yusuf and former coaches, club coaches and Imama who gave advises after watching a lot of games to select the best players.” He concluded

AFCON Round Of 16: Super Eagles May Face Algeria, Senegal, Tunisia