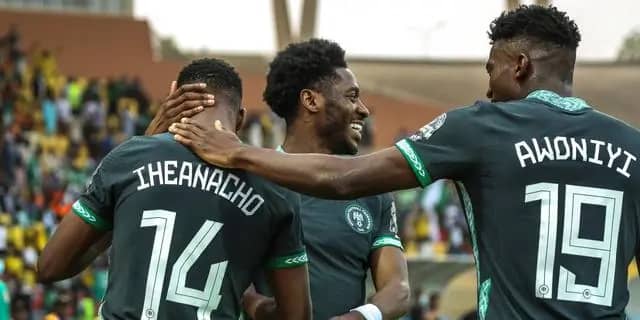 Union Berlin forward, Taiwo Awoniyi, may be omitted from the final 23-man squad following his inability to hit target in the German topflight.

Awoniyi started the season brightly, scoring 14 goals in his first 23 games across all competitions with nine of them coming in the Bundesliga, but the stream seems to have run dry and he is yet to score in the last two months.

His form before last December was enough to earn him a spot in the Eagles squad for the Africa Cup of Nations in Cameroon, but he’s not sure of a place in Austin Eguavoen’s squad for the crucial qualifiers against eternal rivals Ghana.

Awoniyi has gone six games without a goal in the league and once in the UEFA Europa League, while his compatriots in the same position are doing better.

Napoli forward Victor Osimhen, the country’s first choice for the No.9 position, has returned and has scored two goals in as many games, including an 87th minute equaliser against Cagliari on Monday.

To play himself back into reckoning, Awoniyi will need to find his scoring boots when Union plays against Mainz (Bundesliga) and St Pauli in the DFB Pokal quarterfinal.
He will also need to shine against Wolfsburg, Stuttgart to stand a chance of a recall.