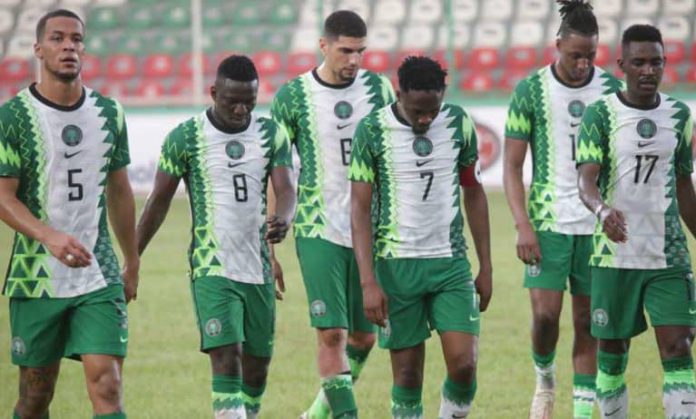 Nigeria camp ahead of the two-leg World Cup playoff has suffered a setback following an injury to Super Eagles defender Tyronne Ebuehi at the weekend in Venezia’s 1-1 draw against Genoa.

According to soccernet.ng, the defender may be facing the possibility of a lengthy spell on the sidelines.

Ebuehi made a return to the Venezia squad following his dismissal against Victor Osimhen’s Napoli in the first week of February and replaced Domen Črnigoj at halftime at the Stadio Pierluigi Penzo.
But the 26-year-old only lasted thirty minutes before he was subbed off as well after picking up a knock in his left leg.

The results of the tests conducted on Ebuehi have revealed that the Super Eagles defender has a lesion in the semitendinosus muscle of the left leg.

And according to a section of the Italian media, the versatile fullback could be out of action for several weeks, possibly until after the international break.

The on-loan Benfica defender was a member of the Super Eagles squad to the 2021 Africa Cup of Nations, appearing once in the 2-0 defeat of Guinea-Bissau.

Ebuehi’s absence is a blow for Augustine Eguavoen. However, the interim Technical Adviser can still count on the qualities of Torino’s Ola Aina, Orlando Pirates Olisa Ndah, and Cyprus -based Shehu Abdullahi as alternatives at right full-back.

Gov’t not obliged to return parts of Achimota forest land to...

Manchester United fail to score for third game in the row...