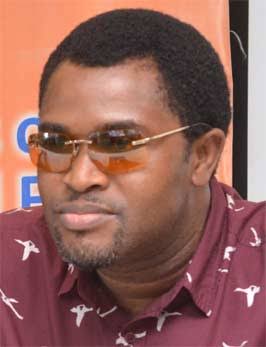 Ahead of the opening day of the 2022 World cup qualifier against Lone Stars of Liberia, former Dream Team goalkeeper Emmanuel Babayaro has said playing in Lagos would bring the best out of the team.

The Nigeria side who has appeared in every FIFA world cup since 1994 except 2006 in Germany will open its qualifying campaign this week at the Teslim Balogun stadium in Lagos.

While speaking, Babayaro refused to agree that coronavirus restrictions will affect the performance of the team but will rather enhance the competition for positions.

“They are Nigerians and it’s good that the game has to go back to Lagos.

Unfortunately, there is no going to be a crowd at the stadium but I wish there was so it can keep them on their feet, they can stand and see what it means to represent this country, that is one of the beautiful things Lagos will bring.

“We are hoping they have a good game, I’m a Nigerian, I want them to carry the day in the end.

“It’s not unfair, the truth of the matter is that I believe in every situation create another better opportunity if someone will not play, it will be another person’s opportunity to play.

“So what it means is that as Africa we must have continuity in terms of training and preparation.”

“In all due respect, Nigeria by now should have two or three standby teams that people can work in or out at anytime. Its covid, and Africa in the eyes of the world is ill-equipped if there is an breakout,” he said.

“How a personal issue affected me, broke me on my day...