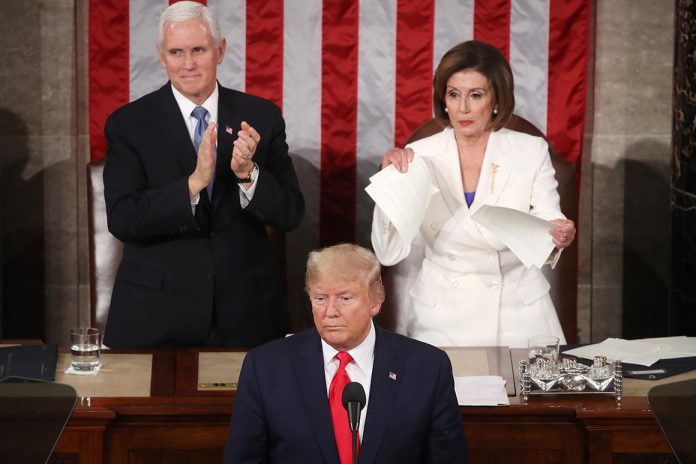 Ex- US president, Donald Trump has told his supporters to deliver a Republican win in Tuesday’s midterm elections while insulting House speaker, Nancy Pelosi as an ‘animal.’

Trump arrived amid feverish speculation that he was about to announce a fresh run for the White House.

While giving his speech in Ohio on Monday night, November 7, Trump spent time showing off polls that showed he would ”beat” Joe Biden in a general election, but stopped short of announcing a run, only saying ‘we will take back our magnificent White House’ in 2024.

‘We want nothing to detract from the importance of tomorrow’, he told the crowd.

‘Nancy Pelosi said please don’t call them animals, they’re human beings,’ he said, as he talked about crimes committed by the MS-13 gang. ‘I said no, they’re animals. Of course, I think she’s an animal, too, if you want to know the truth.’

‘If you want to stop the destruction of our country and save the American dream, then tomorrow you must vote Republican in a giant red wave that we’ve all been hearing about.’

‘We’re winning big, big, big in the Republican Party for the nomination like nobody’s ever seen before,’ he said. He asked for poll numbers to be put up on the screen above him.