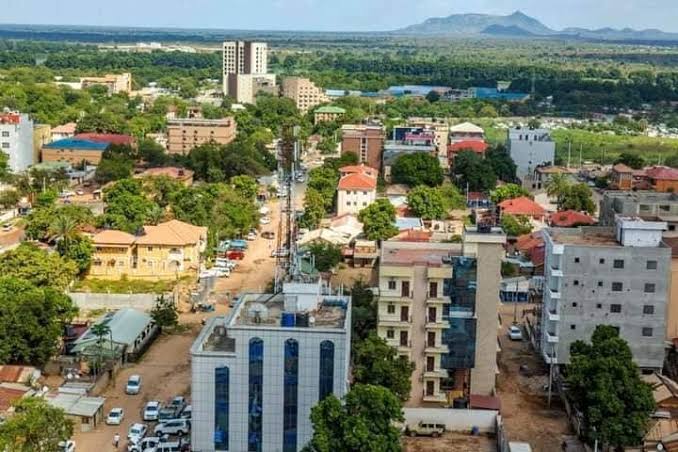 Vice President for Infrastructure Cluster, Taban Deng Gai urged the government to pursue the bid of relocating the city to Ramciel, claiming that it could happen in two years.

Gai said the national government needs to put in more effort if this dream is to be achieved.

“We are very serious about Ramciel. Ramciel is a national project, and it cannot fail, we have to continue with it, he said, as he accused other leaders of backtracking on the issue.

Gai who was spoke at the Governors Forum on Monday, November 28 said:

“The law for Ramciel is still in the ministry of justice. It is not coming to us… The law is with Madol (Minister of Justice). I don’t know what is delaying it because we are very careful; we don’t want people to encroach on Ramciel.”

Taban said the plan for the construction of Ramciel has been completed, with a sample built in Korea, but noted that it will be costly.

“According to the Korean and the Moroccan, because Ramciel is going to be a smart city, they told us the implementation of the master plan is going to cost us $18 to $20 billion, not including Tali Airport.” If you add Tali Airport, Tali alone is going to be $2 or $3 billion; now where will the government get this money?”

He called on the country to support the project of Ramciel and on officials to brief investors about the proposed city. “Our technical people told us that if we start with Ramciel in a few years, the government can actually start moving there, but for it to finish; it needs 30 years.”