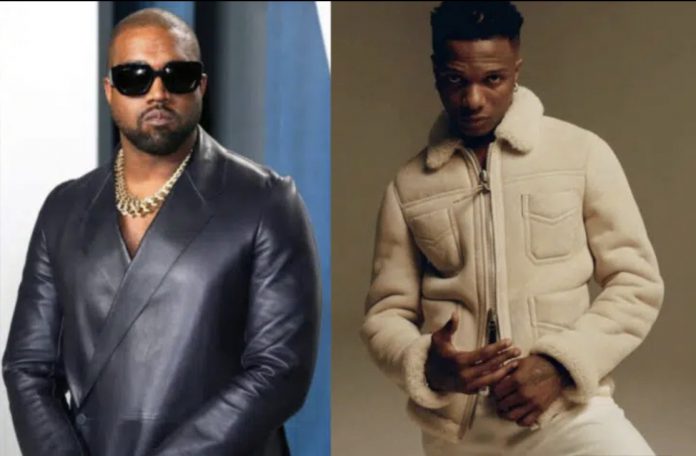 American Rapper and music executive, Kanye West has described Wizkid’s hit song, Essence, as the best song in the history of music.
Taking to his official Instagram page, Ye posted a screenshot of Wizkid’s Essence artwork and announce that no song ever written till date, beats that Afrobeat song.
The multiple Award-winning star’s opinions have sparked mixed reactions on social media as fans of other artists across the globe troop to the comment section to disagree.
Best song in the history of music to date,” he wrote in the post
This has set the internet ablaze as fans of Wizkid took to social media to express delight.
shes_spotless: Yes!!!
broda_henry: This is huge ohh
onyinyeeeee: That’s on period
__deagram: There’re over 6000 languages in the world and Ye just decided to speak facts. Big Wiz
teeh_lyfstyle: That’s on periodtttt
gucci_tos: Fact on fact
blacquin: No lies told!
nazzybellabenz: Machala just get grace cuz they are doing for him what he can’t do for others
bshizzle70a: It’s a great song… greatest in history? Err… Kanye also wants to be President of the United States
sohigh_xy: Wizkid carry the grace of the whole population of Ghana Abeg! Kilode
mhiz_viva_zinny: Wow! Great

Zuma and Shaik making a mockery of the parole system, DA

‘Ramaphosa can’t be told by criminals to leave’ – ANC criticises...