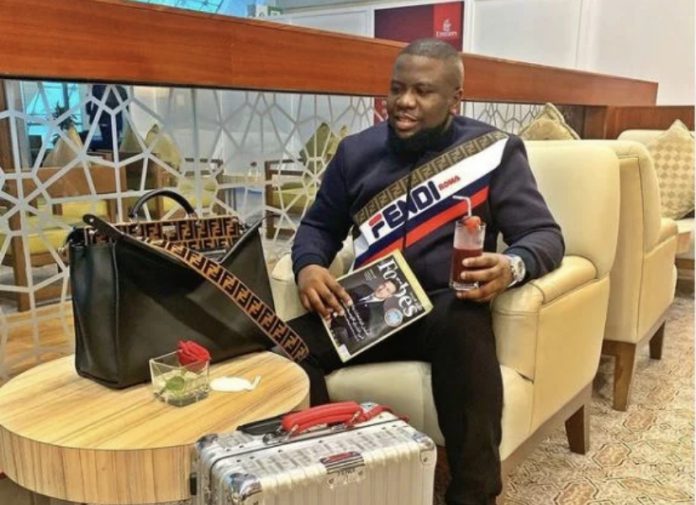 Hushpuppi, has agreed to plead guilty to the money laundering charge against him.

Hushpuppi, who is known for his extravagant lifestyle, was arrested in the UAE last year alongside 11 of his associates over allegations bordering on hacking, impersonation, scamming, banking fraud, and identity theft.

Hushpuppi, whose real name is Ramon Olorunwa Abbas, was chraged and detained at the Metropolitan Correctional Center (MCC) in Chicago ahead of his trial.

In the court file signed by Loius Shapiro, Hushpuppi’s lawyer, on behalf of the defendant, Hushpuppi accepts to give up the right to indictment by a grand jury and plead guilty to count two of the charges “Case No. 2:20-CR-00322-ODW.”

For an individual to be guilty of the crime, the document read, “there was an agreement between two or more persons to conduct a financial transaction involving property that represented the proceeds of wire fraud.”

It also included that the defendant must have known that the funds were “proceeds of some form of unlawful activity” and the transaction was designed “to conceal the nature, location, source, ownership, or control of the proceeds.”

“The defendant understands that the statutory maximum sentence that the Court can impose for a violation of Title 18, United States Code, Section 1956(h), as charged in the Information, is: 20 years imprisonment,” the file read.

“…a 3-year period of supervised release; a fine of $500,000 or twice the gross gain or gross loss resulting from the offense, whichever is greatest; and a mandatory special assessment of $100.

“Defendant understands that defendant will be required to pay full restitution to the victim(s) of the offense to which defendant is pleading guilty.

“Defendant agrees that the court may order restitution to persons other than the victim(s) of the offenses to which defendant is pleading guilty and in amounts greater than those alleged in the count.”

However, a new date of the plead hearing is not yet disclosed.

Ogun Police invite portable to report himself for beating a young...

Apple Music names Basketmouth album as “Album of the month”