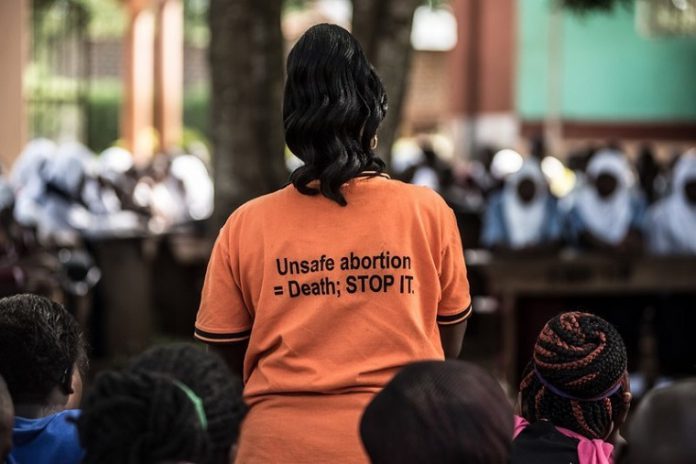 Medics in Acholi sub-region, Uganda have expressed concern over the growing number of teenage girls and women carrying out unsafe abortions in the region.

This is as a result of a report showing that a total of 14,530 cases of post-abortion care were registered in various health facilities between 2020 and 2021 alone. Nearly half of those who had to be treated, were so seriously endangered that they had to be admitted. The number of those who aborted successfully and did not require medical care afterwards is not given.

The report captured from health facilities in the districts of Nwoya, Omoro, Pader, Kitgum, Lamwo, Gulu, Amuru, and Agago, indicated that 2,922 (38 percent) of the abortion cases registered in Out Patient Department (OPD) were teenagers. Out of the total cases registered, 7,729 cases were registered in OPD while 6,801 were from the inpatient department.

Gulu district health officer, Yoweri Idiba said there is an indication that close to 4,000 cases of induced and non-induced abortion are being registered in the region annually. He opined that the Covid-19 pandemic period that saw the government closing down learning institutions contributed greatly to the rise in teenage pregnancies and unsafe abortion mostly in rural areas.

“The trend is increasing, so it’s a challenge, every year over 2,000 children are lost through abortion both induced and non-induced which is a big challenge because its climbing up,” Idiba lamented.

Also, in Gulu district, a total of 2,186 teenage pregnancy cases have been registered from July 2020 to date. Early this year, medics in Gulu district and Gulu city tasked the local government leaders in the region to regulate the sale of abortion-inducing drugs owing to several complications that resulted from its usage among teenage girls and women.

Germany beat Costa Rica but bow out of world cup

Hundreds of migrants are being assisted off coast – Morocco