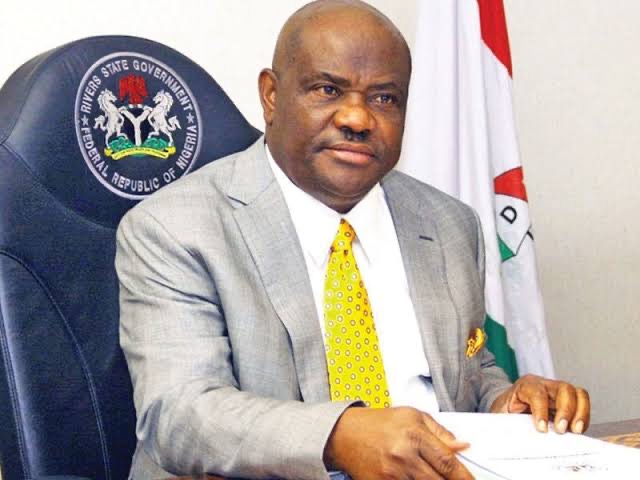 Rivers State governor, Nyesom Wike, has stated that the All Progressives Congress (APC) which is the ruling party, has dragged Nigeria 50 years backwards due to its “abysmal performance.”

The governor said this when the Vice President of Rotary Club of Port Harcourt, Obiageli Ejezie, led other leaders of the association to the Government House, Port Harcourt, to confer on him the “2019/2020 Good Governance Award” for his outstanding achievements in project execution in Rivers.

Speaking to the delegation in his office, Governor Wike said in 2015, the APC convinced Nigerians that they were going to offer better governance than former President Goodluck Jonathan. He said going by the results of the APC since it came into power in 2015, Nigeria has only being retrogressing under the its leadership.

”There can’t be good governance without security and this is based on rule of law. All of us are living witnesses in 2015 when it was alleged that the government of former President Goodluck Jonathan could not perform. So Nigeria needed a change. What has happened to the change? They have taken Nigeria back by 50 years,” he said.

Queen shows off sword skills by cutting cake during G7 in...