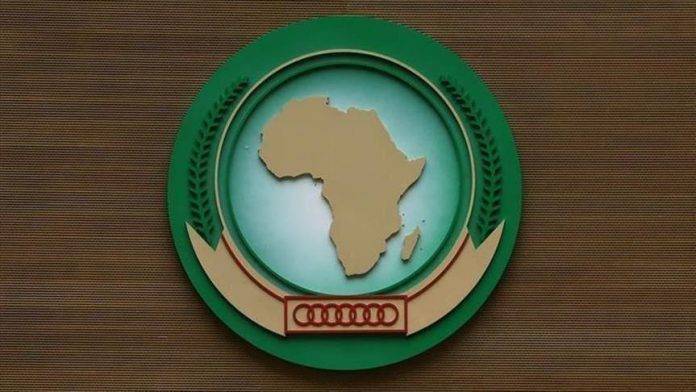 The African Union has called for an immediate ceasefire between Russia and Ukraine.

This came hours after Russia declared an all-out military operation in Ukraine, a move that sent shockwaves throughout the globe while the price of oil surged $100 more per barrel.

“They call on the Russian Federation and any other regional or international actor to imperatively respect international law, the territorial integrity and national sovereignty of Ukraine,” the release said.

“The Chair of the African Union and the Chairperson of the African Union Commission urge the two Parties to establish an immediate ceasefire and to open political negotiations without delay, under the auspices of the United Nations, in order to preserve the world from the consequences of planetary conflict, and in the interests of peace and stability in international relations in service of all the peoples of the world,” it added.

Recall that as clashes erupted between Russian-backed separatist forces and the Ukrainian army, the 2014 and 2015 Minsk agreements were signed in Moscow after the intervention of Western powers.

The conflict, however, simmered for years with persistent cease-fire violations.

It was gathered that as at February 2022, some 14,000 people have been killed in the conflict in eastern Ukraine.

Tensions started escalating late last year when Ukraine, the US and its allies accused Russia of amassing tens of thousands of troops on the border with Ukraine.

They claimed Russia was preparing to invade its western neighbor, allegations that were consistently rejected by Moscow.

According to President Vladimir Putin, the operation aims to protect people “subjected to genocide” by Kyiv and to “demilitarize and denazify” Ukraine. He also advised the Ukrainian army to lay down its arms.

Ebi, Oshoala, Ordega, 29 Others For Women AFCON Camp In Morocco