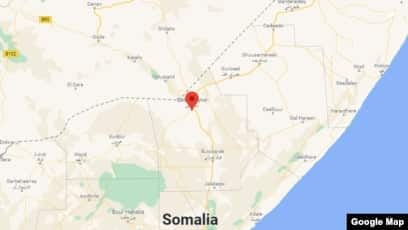 At least 20 people have been killed in a triple car bombing attack Monday in central Somalia, among them are two local government officials.

According to witnesses, two vehicles loaded with explosives detonated in the morning, and a third in the afternoon.

The three explosions rocked the city of Beledweyne in central Somalia, killing at least 20 people and injuring dozens more.

Beledweyne police commissioner, Bishar Hussein Jimale confirmed the attacks and the death of some local officials.

Jimale said the attacks were planned by al-Shabab, killing officials, civilians and soldiers. He said the victims including the deputy commissioner of finance in the Hiran region and MPs and ministers in Hirshabelle.

Jimale added that rescue operations were still in progress, working to find injured people who are trapped as well as to recover bodies.

“We mourn but we do not cry,” he said in Somali, “and we will take revenge against al-Shabab.”

The Somali government is involved in a major counterterrorism offensive against al-Shabab in the central regions of the country. The operation has gained the support of local tribal militias in Hiran and Galgaduud who have joined forces with federal and state government authorities.