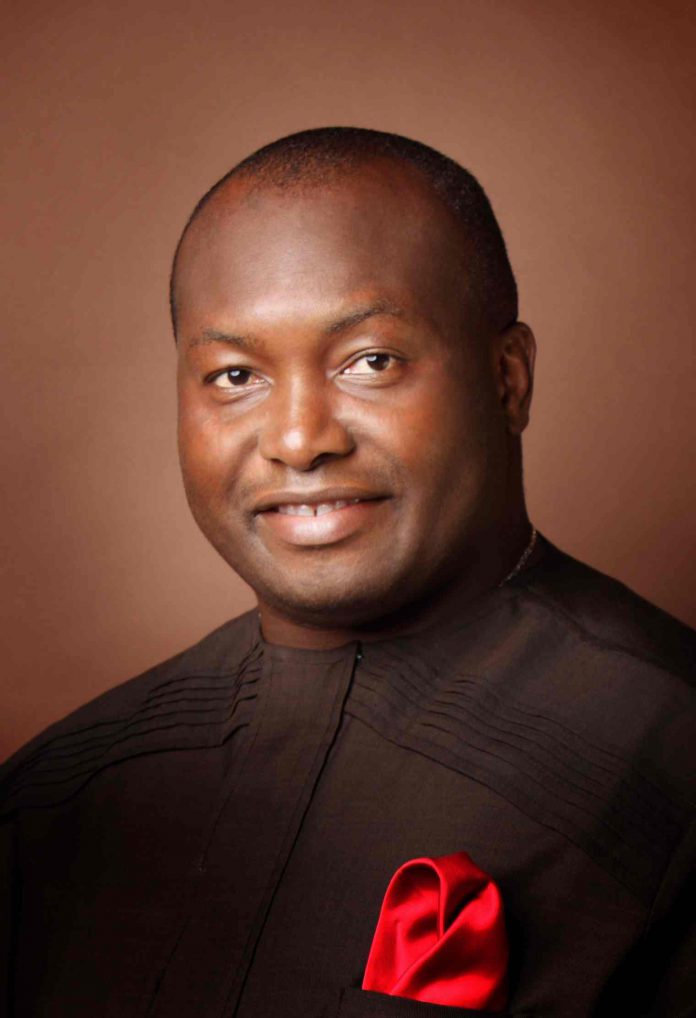 The Senator representing Anambra South Senatorial District and the Governorship Candidate of the Young Progressives Party (YPP) Dr Ifeanyi Ubah has asked a Federal High Court sitting in Abuja for an order granting him leave to visit the detained leader of the Indigenous People of Biafra (IPOB) at the Department of State Security Services (DSS) custody.

Ubah told the court to grant him the order as part of his legislative function. He also sought an order directing the DSS to allow him access to their detention facility to visit Nnamdi Kanu.

Ubah sought an order from the court following the alleged refusal of DSS authorities to allow him to access the detained Biafran leader after two visits.

A motion on notice to that effect was brought pursuant to section 36(1) of the 1999 Constitution, as amended and under the inherent jurisdiction of the court as preserved vide section 6(6)(b) of the said Constitution.

In the motion marked FHC/ABJ/CR/383/2021, the plaintiff (Ubah) among others, is praying for an order of the court granting him leave to visit the defendant, Nnamdi Kanu, in DSS custody, as part of his oversight legislative function.

“An order of the court directing the complainant and/or the Department of State Services (DSS) to allow the said Senator Dr Ifeanyi Uba access to their detention facility for purposes of visiting the defendant, Nnamdi Kanu”.

In an affidavit personally deposed to by Senator Ubah, it was stated that “there had been serious agitation aimed at pressing home his release and this had degenerated into a proclamation of Sit-At-Home orders in the South-East; a situation which is crippling the economy of the South East.

“That I know that the Sit-At-Home orders are a medium of expression of solidarity to the detained defendant and same has been hijacked by unknown criminal elements who are now terrorizing the South East and engaging in wanton killings, assassinations and burning of valuable properties.

“That I state that the Sit-At-Home orders have gravely affected the economy of the South East and had often led to the killing of flouters, arson and assassination of notable persons by a terror group called unknown gunmen.

“That there is an allegation that all the above criminalities are being championed by the Indigenous Peoples of Biafra under the leadership of the detained Defendant; an allegation which has been denied severally; yet the situation continues to worsen.

“That as a senator from the South-East Geo-Political Zone of Nigeria, I took it upon myself in carrying out my oversight legislative functions to visit the defendant at the DSS detention facility to ascertain from him if he is involved in any way in what is happening in the South East and to seek a way of amicable settlement of the separatist agitation in the South East in the overall interest of Nigeria.

“That at the DSS detention facility, I was denied access, to the defendant and directed to approach this court to obtain permission before I could be allowed access to the defendant.

The court is expected to hear the motion on Thursday during the appearance of Kanu in court.