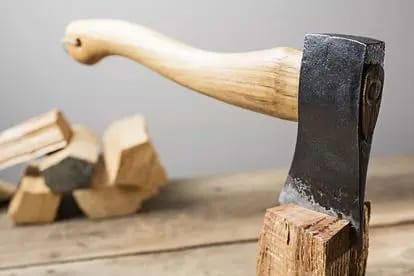 The 36-year-old woman identified as Rekha Dangi was reportedly attacked by unknown assailants last week, when she was with family at a local temple in India.

According to New York Post, she is currently recovering after undergoing a four-hour operation to remove an axe that got stuck in her head.

According to the publication, 36-year-old Rekha Dangi was attacked by unknown assailants last week. Dangi, who’s from the community of Vidisha in central Madhya Pradesh, was brought into the Narmada Trauma Center in Bhopal. At the time of the attack, she and her family were at their local temple.

The axe could not be removed until she got onto the operating table, out of fear she could suffer a hemmorhage, which could be fatal. A group of 10 doctors attended to Dangi, including a neurosurgeon, traumatologist, vascular surgeon and plastic surgeon.

The New York Post reported that the doctors’ first priority was to mend a damaged meningeal artery, one of the brain’s major blood circulatory pathways, then remove a clot that had formed in the ruptured vein.

The axe was then removed and Dangi continued her recovery in intensive care.

There is no information about the identity of her attackers as at the time of compiling this report.

Mayor of delivery and plans