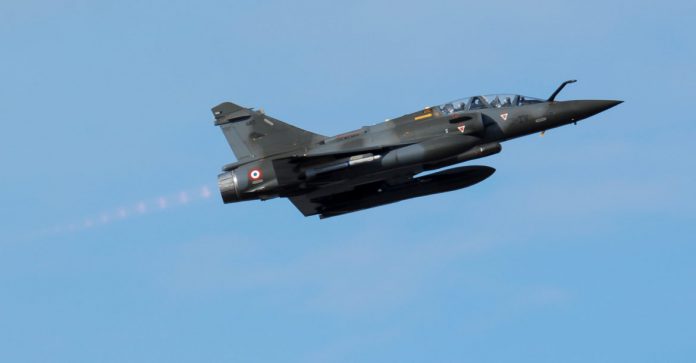 Mali’s army-dominated government has condemned what it described as a “clear breach” of its airspace by a French military aircraft this week, warning of potential consequences should such practices continue.

Malian government spokesman Colonel Abdoulaye Maiga stated that a complaint had been issued to France after one of its military planes traveled between Ivory Coast’s capital Abidjan and the northern Malian city of Gao on Tuesday.

The flight was a “clear breach” of Malian airspace, the statement said, given the closure of most of the country’s land and air borders due to regional sanctions recently imposed on the Sahel state.

According to the statement, the French military plane had also switched off its transponder preventing it from communicating with Malian aviation authorities,

It added that the government would “refuse all responsibility for the risks to which the perpetrators of these practices may be exposed in the event of a further violation of our airspace.”

But a French military official, who declined to be named, denied the Malian government’s claims, saying that the plane’s transponder had been switched to “military mode”.

“All procedures were respected,” the official said, adding that Malian authorities had also approved the aircraft’s flight plan.

It should be recalled that on Sunday, the Economic Community of West African States (ECOWAS) agreed to shutter land and air borders with Mali and impose a trade embargo over delayed elections.

The sanctions, which France has backed came after Mali’s army-dominated government last month proposed staying in power for up to five years before restoring democracy.

In response to the regional sanctions, Mali also announced that it was closing its borders with ECOWAS members, with the exception of military-run Guinea, which is not applying the measures.

Meanwhile, French army spokesman Pascal Ianni said that “the closure of the borders does not concern military flights”.

Where is the tiger? Edenvale SPCA yet to confirm safety of...