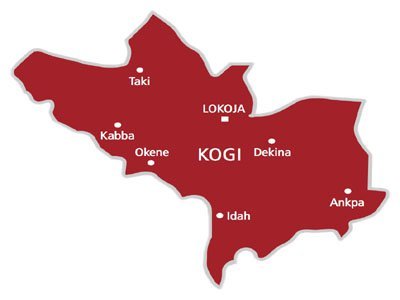 Over 50 people have reportedly lost their lives to a strange illness in the Olamaboro Local Government Area of Kogi State.

The unknown disease was said to have come with symptoms such as headache, red eyes, loss of appetite, inability to urinate, convulsion.

The lawmaker representing Olamaboro Constituency in the state Assembly, Ujah Anthony Alewo disclosed this in a motion of urgent public importance presented on the floor of the house on Tuesday.

He bemoaned the distressing occurrence happening in his constituency.
He stated that it was sad and disturbing that the residents of the Etteh community, Olamaboro LGA were thrown into confusion by the outbreak of an epidemic alien to them.

He added that the cause of the disease remains unknown, and that infected persons die within a week of contracting it.

According to him, “more worrisome, all efforts to seek out solutions using the local herbs and treatment at local health centers with referrals to neighboring clinics and hospitals at Ogugu and Okpo in Olamaboro respectively was not successful.

“The reports reaching my constituency office from the community leaders confirmed that over 50 people within the economic and productive age of 25 to 40 years died from September to date,” he said.

He urged the House to mandate its Committee on Health and Social Services to embark on an on-the-spot assessment of loss of lives.

The lawmaker representing Dekina Biraidu, Moses Ododo seconded the motion, stressing that the lives of people in the community need to be urgently saved as it will adversely affect the economic input of the agrarian community to the state.

The Speaker, Prince Mathew Kolawole called for a minute silence in memory of the dead and directed that the house should write to Federal Medical Centre, Lokoja for support.