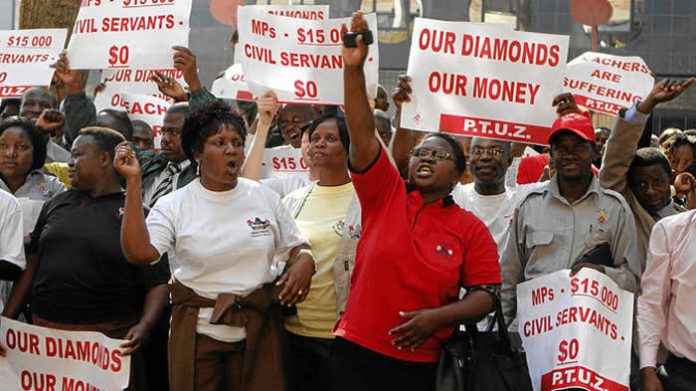 Teachers in Zimbabwe have given government a one-week ultimatum to address their salary grievances or face strike action beginning from June 1.

In a letter handed to government on Tuesday by the Amalgamated Rural Teachers Union of Zimbabwe (Artuz), the educators said they were tired of unfulfilled promises.

Artuz said failure to comply with their demand for United States dollar salaries and improved working conditions would force them to embark on a collective job action as provided for under section 65(3) of the Constitution.

In a recent interview, Artuz president Obert Masaraure said: “We are determined for an industrial action, unless our grievances are addressed, and we officially handed our letter to government on Tuesday.”

“Our belief is that we need to be united as teachers and approach the government as a united front. If nothing happens, we are also going on industrial action as we are not happy with the deductions on teachers’ payslips. We are under-paid,” he said.

PTUZ secretary-general Raymond Majongwe added: “The government is taking too long to address our grievances. I believe it is now good at infuriating teachers. I believe Finance minister Mthuli Ncube is a victim of forgetfulness. If they fail to meet our demands this coming June, we will demonstrate as provided by the Constitution.”

Meanwhile, Ncube told Parliament last week that a salary demand of US$540 by teachers was misleading, saying the educators used to earn half of the amount in 2018.

Family of five who perished in Western Cape crash identified

Covid-19: Health Restrictions on Entry to Morocco Lifted as of Sept.30