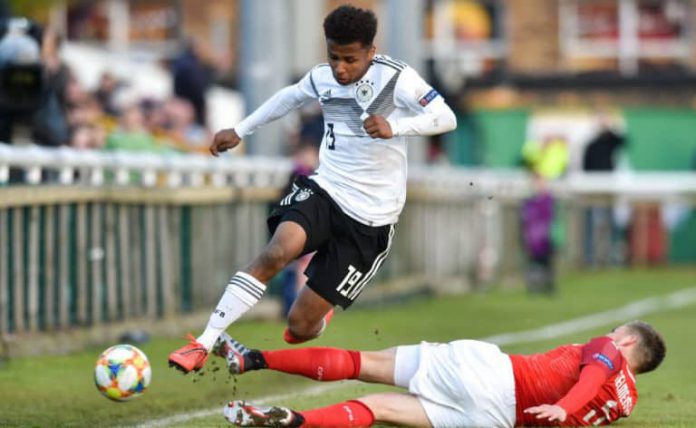 Barcelona’s pursuit of a new forward in the transfer market continues to take interesting turns. Even as talks of a move for Ferran Torres dominate the headlines, now reports of an approach for German sensation Karim Adeyemi have come to light.

Sky Sport Germany (h/t Mundo Deportivo) is claiming that Barcelona have already submitted an offer of €40 million to Austrian giants RB Salzburg for the 19-year-old prodigy.

In addition to that, the report also states that the Blaugrana have met with the youngster’s representatives and tabled a formal contract offer.

However, it seems like the contract that the Catalans have put forth is worse than the one being offered by Borussia Dortmund. The German giants have also lodged a bid with Salzburg for Adeyemi, believed to be in the range of €35 million. But their superior contract offer could hand them the advantage over Xavi & co.

The 19-year-old has been making waves in Austria for quite some time now. However, 2021 has been a special year for the teenager as he played a role in Germany’s Under-21 European Championship triumph, and has been in absolutely scintillating form for his club, which even led to call-up to the German senior national team.

Adeyemi’s progress over the past year or so has been so rapid that clubs across Europe have cast admiring glances towards him. But, it seems like the battle to land the teenage prodigy will mainly be fought between Barcelona and Borussia Dortmund, both of whom have submitted offers.

At this point, it is well-established that the Catalans need a new striker desperately. Adeyemi, given his age, potential and current form, can prove to be an excellent addition in the short and long run.

However, given the financial situation, it remains to be seen if Barca can improve their offer to match that of Dortmund’s and convince the German sensation to come to Camp Nou.

Man Utd are ‘ready to lose Pogba for NOTHING’ at the...