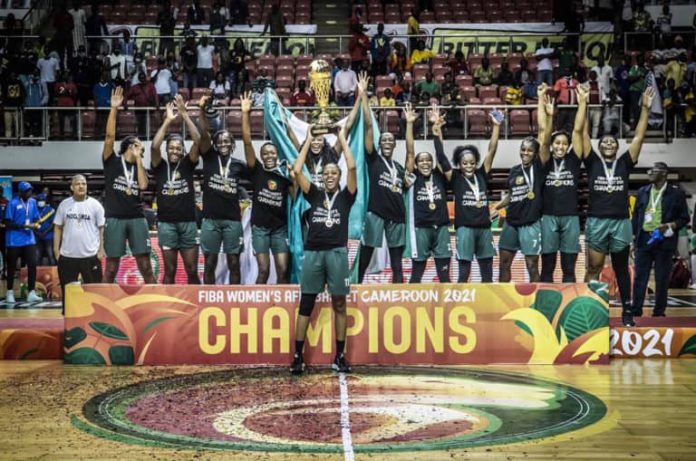 Nigeria’s female basketball team, D’Tigress, has moved up in the latest edition of the FIBA World Women Ranking. D’Tigress moved to number 15 after winning the Women’s AfroBasket title in Cameroon, with runners-up Mali, also getting a one-position bump up to 40th place.

Turkey, the only nation on an upward trajectory inside the top 10, moved up to No. 9, after a promising start to their FIBA Women’s EuroBasket 2023 qualifiers campaign.

Turkey accumulated enough points in big wins against Slovenia and Poland to take them above Serbia, who played just one game in the November window.

Korea headlined the list for the biggest movers with a jump of five places from No. 19 to No. 14 after reaching the semifinals of the Women’s Asia Cup and securing a place in the forthcoming FIBA Women’s Basketball World Cup 2022 qualifying tournaments.

Some of the most impressive leaps were made by participants of the FIBA Women’s Asia Cup, Division B, as winners, Lebanon moved up the rankings eight places and into the Top 50 at No. 45, while Indonesia catapulted skywards 13 places to No. 61 after finishing third.

Syria returned to the competition for the first time in 35 years and some positive results have seen them lift 16 places to No. 76. Similarly, event hosts, Jordan, made a return after a 26-year absence and have rocketed up 43 places to No. 81 after making it to the Final against Lebanon.