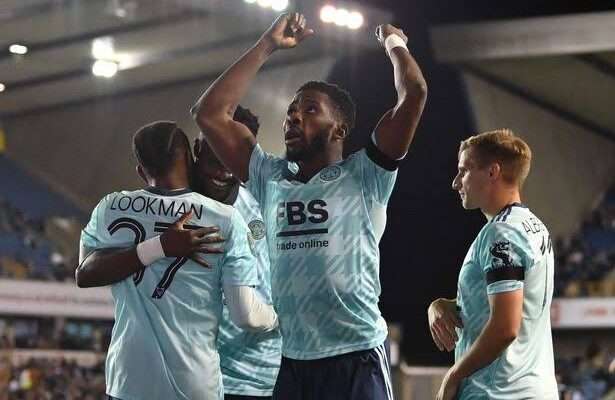 Leicester face a tough task against Jose Mourinho’s side in the semi-final and Brendan Rogers, who is already without Wilfred Ndidi, will hope his men can be at their best, including the misfiring Iheanacho.

Lookman, who is currently on loan from RB Leipzig of Germany, attracted interest from The Gunners and Spurs during his day at Charlton Athletic, but he moved to Everton instead.

“He’ll be in the squad. It’s the emotion of everyone,” Rogers said when asked about Jamie Vardy’s availability for the clash.

“It’s important the aggression is there from the top of the field, if it’s Jamie or anyone else. It’s about the emotion in the crowd.”

It is a season to forget for Iheanacho who has only managed to score seven goals in 38 games across all competitions.

Lampard Distanced Self From England Job