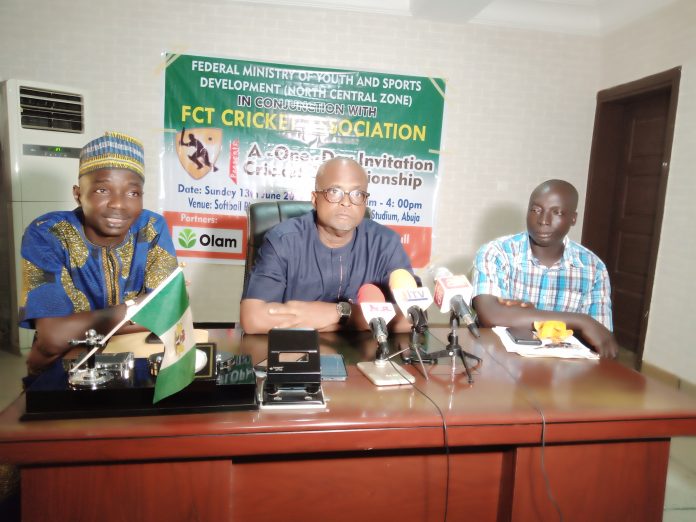 The North-Central Invitational Cricket Championship will begin on Sunday at the Softball Pitch, Package B MKO Abiola Stadium Abuja

The organiser has assured the public of compliance to Covid-19 protocols in the second edition of the tournament where 68 registered players will compete for honours in three matches.

The tournament according to the Chairman FCT Cricket Association, Emeka Onyeama is organised for senior players which will be played according to International Cricket Council (ICC) event rule. He added that the championship is rated Super 10 league with 10 Overs in the priliminary games while the final will be 20 overs.

A total of three matches will be played in the tourney. The first two games determine two teams that will play in the final.

He added, “Two teams from Team FCT while Kwara and Plateau present one team each. At the pitch, the players, officials and spectators will observe Covid-19 protocols as necessary things involves in guiding everyone against Covid-19 will be provided. A total of three match will be played and the first two matches will determine two teams in the final. It’s a Super 10 league with 10 Overs while the final will be 20 overs.

“We express gratitude to the Ministry of FCT, Ministry of Sports, FCT Sports Department as well as our sponsors who helped in making this edition a dream come true.” He concluded.