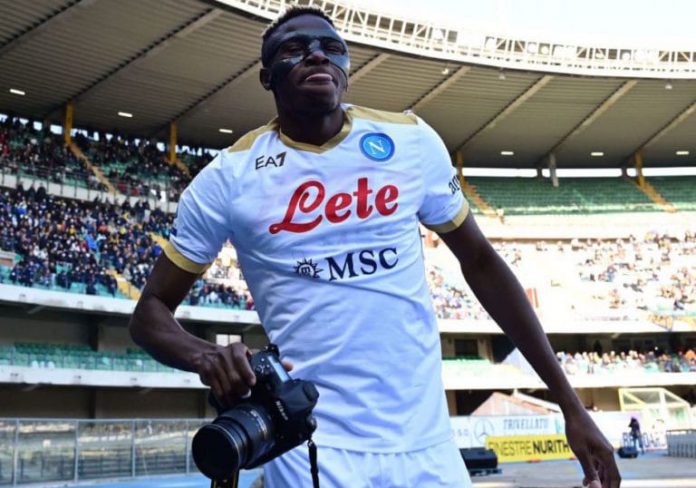 Italian publication La Repubblica (via Napolipiu) claims that Manchester United have made a sensational 100 million euros bid to Napoli for their Nigerian striker Victor Osimhen.

Osimhen is presently the most expensive African transfer after his over 80 million euros move to Napoli from Lille two years ago.

And the former Golden Eaglets star could smash that record should Napoli accept Man United’s offer, which would also make him one of the club’s most expensive signings.

According to the reports, Napoli owner Aurelio De Laurentiis has held a secret meeting with Victor Osimhen’s agent Roberto Calenda at the Castel Volturno to discuss the offer. Napoli does not consider Osimhen non-transferable, while the Super Eagles star favours a Premier League switch.

Arsenal and Newcastle United are among the English clubs interested in Osimhen, with the Magpies possessing the financial strength to battle with Man United for Osimhen’s signature.

Osimhen has 16 goals in all competitions for Napoli despite his many injuries and suspensions.

Teen in custody for allegedly raping aunt for months

EACC says it recovered Sh22.8bn in 3 years, affirms commitment to...

‘We’re not half of anything’ – Celtic take aim at Rangers...