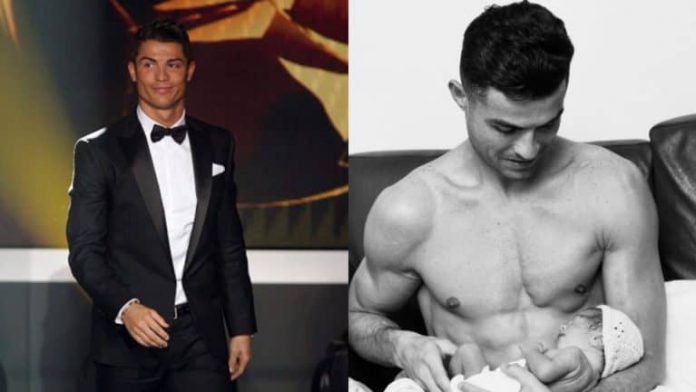 Cristiano Ronaldo has touched hearts after sharing a new photograph with his newborn daughter, less than two weeks after the loss of her twin brother.

The football star and his partner, Georgina Rodriguez, announced the death of their son at birth on 18 April. His twin sister, whose name has not been revealed, survived.

Ronaldo, 37, posted the black and white picture of himself smiling as he looked at and held his new daughter close to his chest.

The baby is seen wearing a knitted hat and a nappy as she lays in her father’s arm and on top of a blanket. The Manchester United forward wrote in the caption: “Forever Love.”

Fans and fellow sportsmen, including England footballer Marcus Rashford, left dozens of red heart emojis in the comments to express their love and support for the family.

Ronaldo’s sister blasts Portugal coach for starting the 37-year-old on the...

Indomitable lions beat Samba boys of Brazil but bow out of...

Nigeria Yet To Realise Its Expectations From The World, Says Obasanjo