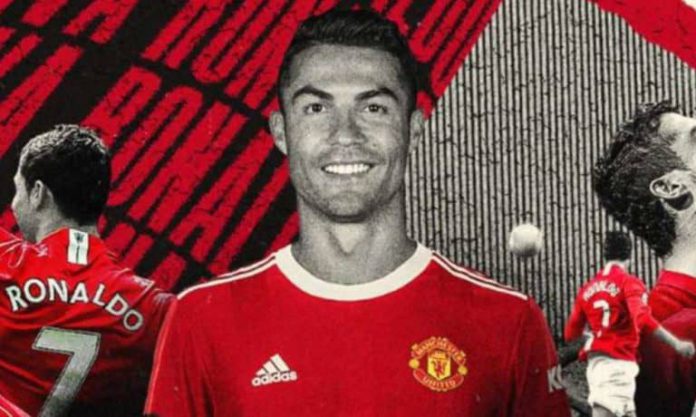 Reports in Spain claimed Jorge Mendes has proposed Cristiano Ronaldo leave Manchester United for a return to Juventus this summer.

The Portugal international only swapped Turin for Old Trafford a year ago. But, with the Red Devils failing to qualify for the Champions League, it seems like there’s a chance he’ll leave the fallen Premier League giants this summer.
But, when it became apparent he’d be leaving Juventus behind, the Red Devils decided to intervene to prevent the forward from joining Manchester City.

Ronaldo didn’t disappoint in his first season back at United, netting 24 goals amid a difficult campaign under Ole Gunnar Solskjaer and Ralf Rangnick.

However, his goals were unable to propel the Red Devils into the Champions League qualifying slots.

And, now, Sport said Mendes is trying to broker a sensational return to Juventus for the 37-year-old this summer.

Ronaldo previously spent three years with the Serie A giants, firing them to two Scudetto triumphs in the process.

Chebukati must resign now, Aukot says accusing him of incompetence