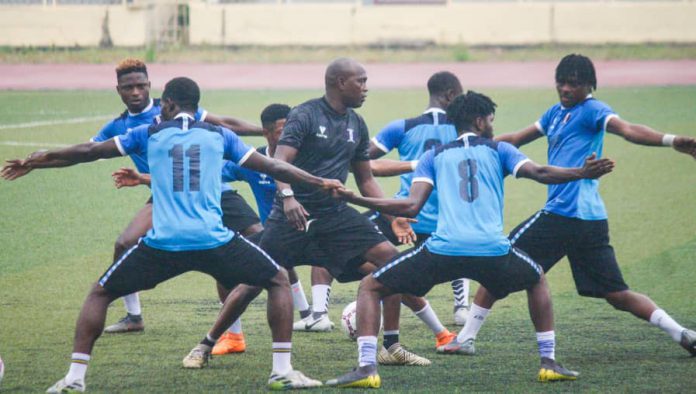 Group B1 leaders, Shooting Stars Sports Club (3SC) of Ibadan, will on Sunday, confront second placed Vandrezzer FC of Lagos in a top of the table clash.

The Nigeria National League (NNL) match day ten encounter, billed for the Dipo Dina Stadium, Ijebu-Ode, will see the Oluyole Warriors aiming to bounce back to winning ways after suffering their first defeatt at the hands of Nnewi United in Oba, last weekend.

The Ibadan soccer lords, who are ten points clear of the visitors, despite last weekend’s loss, will also go for victory to further widen the gap between then and the rest.

Although 3SC lost last weekend while Vandrezzer defeated Stationery Stores 2-0 in Lagos, the table topping 3SC are far ahead of the visitors, based on statistics.

From nine matches, Shooting Stars have secured eight wins, with just a loss and have scored 19 goals, conceding only three as against Vandrezzer’s four wins out of eight games (with a game in hand against Go Round), two draws and two losses, scoring nine goals and conceded six.

No team has ever survived defeat at the adopted home ground of 3SC, the Dipo Dina Stadium, which is fast becoming the Oluyole Warriors’ slaughter slab.

The implication of all these, is that the visitors are surely in for a difficult match as they file out against the Edith Agoye tutored lads, who will definitely pounce on them like bruised warriors as they are still licking the wounds of last weekend’s loss in Oba.

10 Form Four boys arrested after breaking into girls school in...

Nigeria In Dire Need Of Leadership To Avert Looming Disaster –...