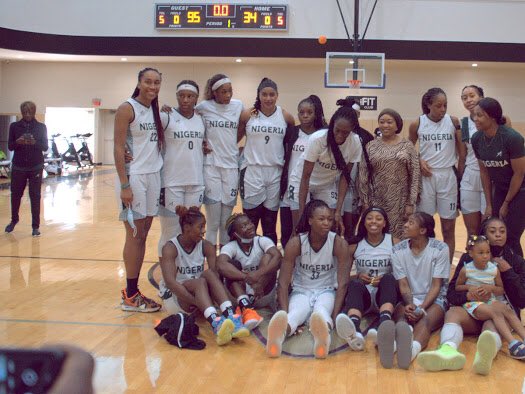 The D’Tigress succumbed to the United State of America basketball Women’s National team 62-93 in the exhibition match ahead of the Tokyo Olympics.

The USA had knocked out Nigeria in he quarter finals of the FOBA Women’s Basketball World Cup in 2018 before Sunday night 93-62 bashing.

The African champions will need to put in more efforts and improve in their defense if they’re to make any statement at the Olympic finals in Japan.

Lost 15-29 in the first quarter and 19-26 in the second, the Tigress rose to close the gap in the third quarter but their efforts were not enough as they narrowly lost with one point (17-18) to the superiority of the USA team.

Exhibition game done and dusted for the D’Tigress

The fourth quarter ended with the USA garnering 20 points and D’Tigress having 11 points to leave the final scoreline 93-62 points.

Twenty-four top teams from across the globe, 12 men and 12 women, were divided into three groups of four teams in the men’s and women’s tournaments respectively at the Olympics which starts 25 July in Tokyo.

The women’s national team, D’Tigress, were drawn in Group B alongside hosts Japan, France and World Champions USA. The draws will see Nigeria go up once again against the top ranked USA in a rematch of the 2018 World Cup quarterfinals, which ended in a narrow win for the Americans.