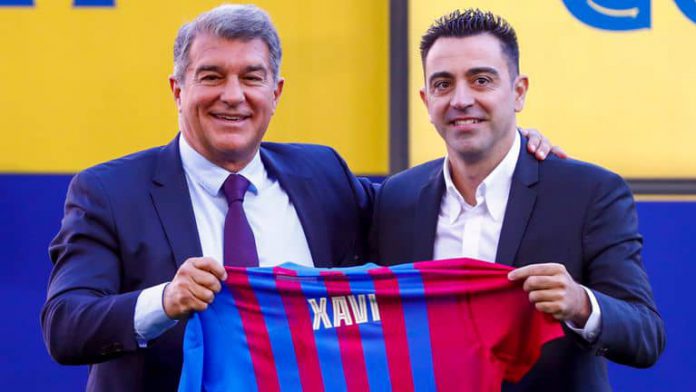 Xavi Hernandez has now confirmed his members of staff after taking the Barcelona head coach role. The Blaugrana legend was confirmed as Ronald Koeman‘s replacement on Monday when he was unveiled to supporters at Camp Nou.

Over the last few days, Xavi has been working on getting his coaching staff together, and the full team has now been confirmed.

Xavi brings his brother Oscar Hernandez and Sergio Alegre from former club Al-Sadd, and the pair will serve as his assistants. José Ramon De la Fuente is the only man to remain in the coaching staff as a goalkeeping coach.

Iván Torres has been appointed as a fitness coach, and he will work under the already present Albert Roca with Barca hoping to improve the physio department. Sergio Garcia, Toni Lobo and David Prats are all new appointments and will make up the analyst department.

All members of the new members of staff are already in place and will work with Xavi and the team going forward as they look to change fortunes on the field.

Barcelona are currently ninth in the La Liga table and will face rivals in their first game back from the international break on November 20.